Every new season Adidas produces the kits of many football clubs in the world. Each football club has its dedicated range of product for the fans. Supported by a Senior Designer, I've been asked to create a premium online shopping experience that can be declined for several football clubs - Juventus, FC Bayern, Manchester United & Real Madrid. By using stackable components, each page gives the opportunity to dive deeper into the story of a club and its best players.

The project started with some simple sketches and low-fidelity prototypes for the desktop version. This was not a Mobile First approach which differed from most projects I've worked on. I set up some feedback sessions with the Senior Designer who had been working with Adidas as a client for several projects now. The guidelines were precise and it felt good to be supported during the exploration phase.

I conducted several rounds of iterations where I uploaded my most recent prototypes to InVision. Following the different feedbacks from both the client and the outsourced engineering team, I updated the high-fidelity prototypes with more accurate UX Writing, visual content. I also corrected several bugs the engineering team faced.

I also had a client meeting once a week to discuss the project milestones. Once the client approved the 4 football clubs in 3 versions each (Desktop, Mobile, Tablet), I jumped into the delivery phase where I made sure that every component was pixel perfect and delivered with right name coding. 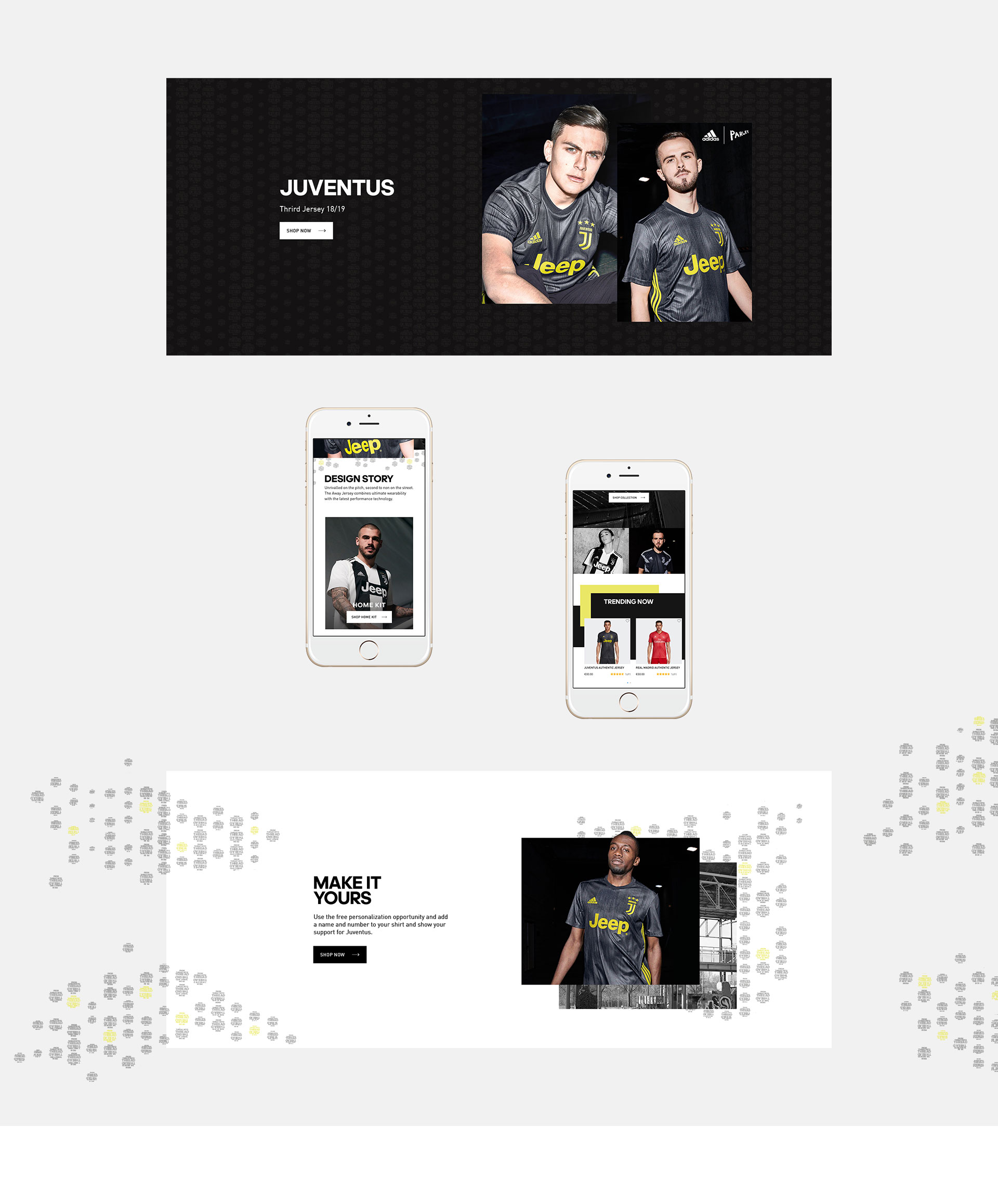 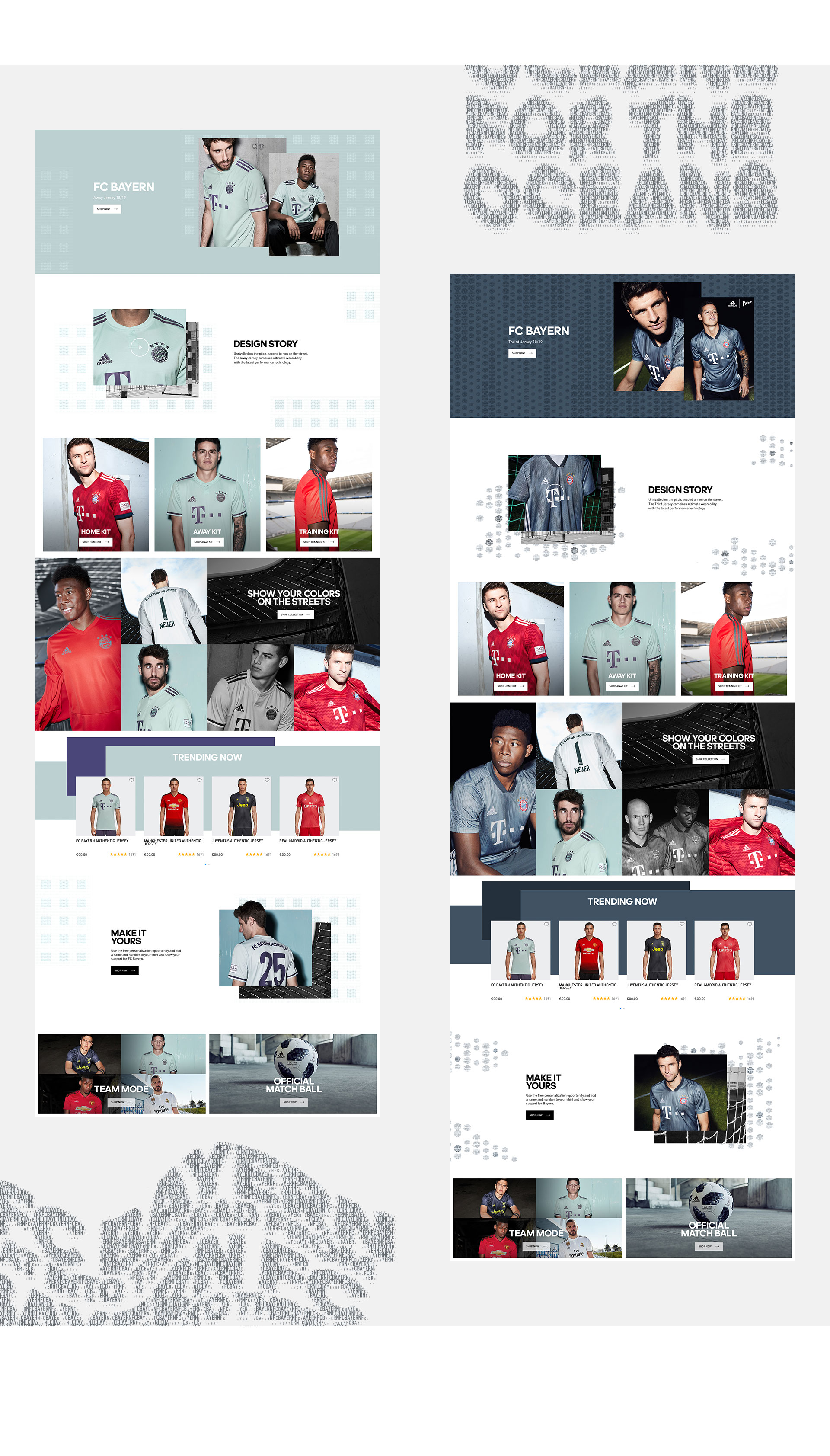 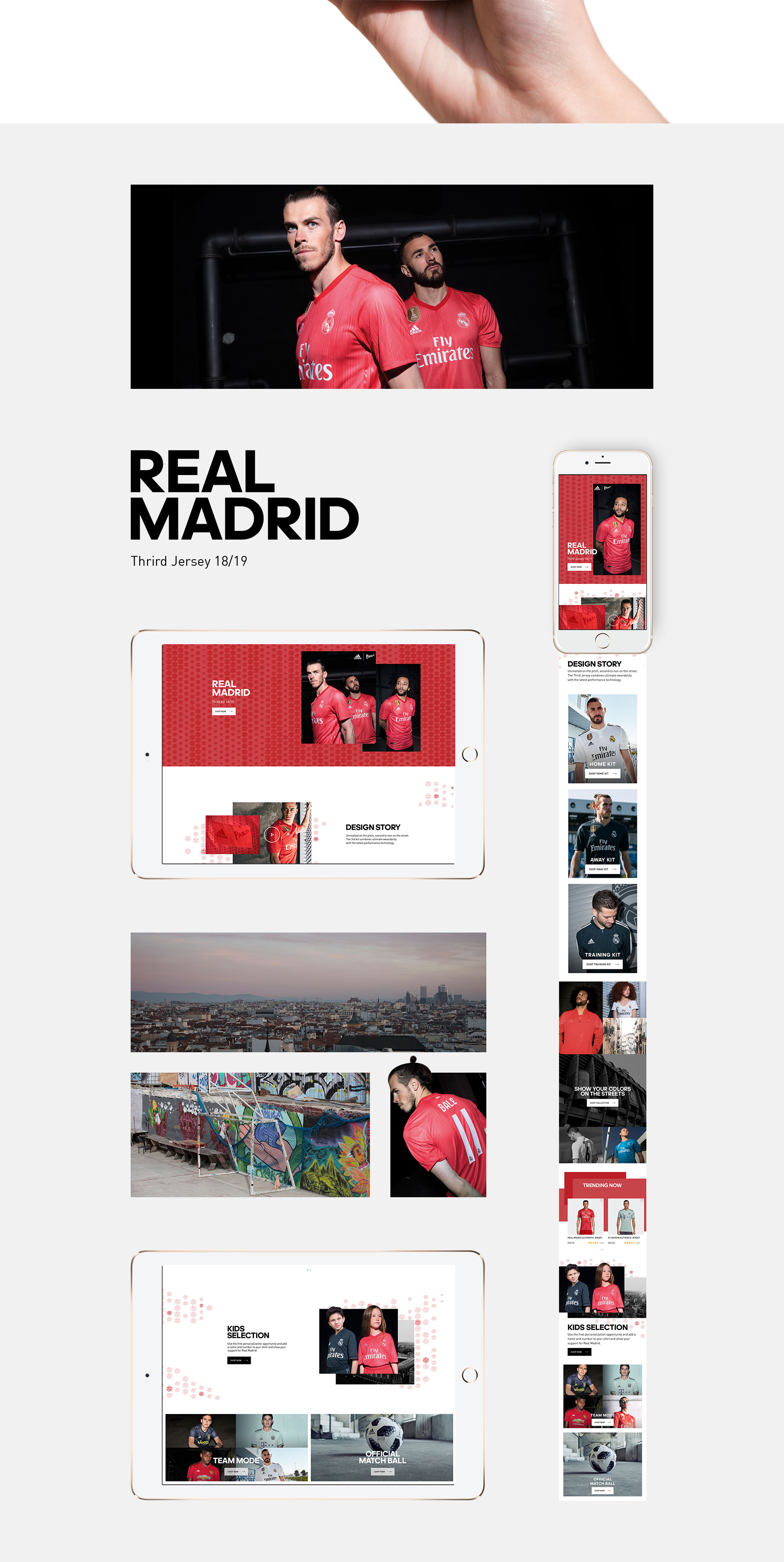 What are my key take aways?

This project taught me at an early stage in my career to be responsible for my work by working more autonomously. This was the last project of my internship and I was more comfortable with both internal and client processes. I realised the value of setting up regular meeting with different core functions such as project management and design. This really helped to maintain alignment for our interactions with both the client and the outsourced engineering team.

Collaborating with several team across was a first time for me and it was challenging. I improved my collaboration skills through a digital product design platform. Using InVision proved to me remarkably useful for validation and nailing the details. It allowed us to iterate quickly, receive constructive feedback and increase the speed to market.

I am proud that I've been part of such an interesting project and I even got the chance to see some banners the team and I have designed at the Adidas store in Manchester. What a great feeling of accomplishment!
‍

What would I have done differently?

I would have engaged with the different stakeholders earlier in the project. We know that people rely on assumptions when making decisions and this can be harmful during a digital product development because assumptions are often biased and lack of evidence-based. For example, involving engineers to have a feasibility point of view earlier in the project would have help me to conduct less rounds of iteration at the late stage of the project.

I would also have conducted quantitative user research such as A/B testing. Because the agency I was working at had a lot of Adidas projects, I have been able to work on some of them (World Cup 2018, SolarBoost, etc.). It would have been insightful to learn more from our previous deliveries and makes the team more proactive in improving the performance of their delivery.

I'm always happy to meet up for a coffee or to share more about myself and my work.